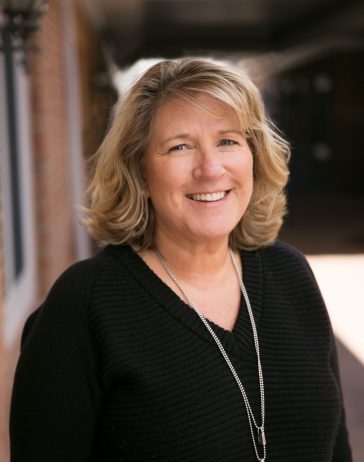 Kristen Rishe was born and raised on her familys’  farm.   Growing up, she worked in the fields and the greenhouses which gave her a strong work ethic. Some of the area’s most colorful characters are always around the farm to lend a hand. This sense of community strengthens her ties to the North Fork past and present.

Greenport is where Kristen, her husband Greg,  claim as home. Kristen began her career in real estate in 1996. She quickly became a top producer and shortly thereafter became a managing broker. In 2011, Kristen, as Broker/Owner, opened North Fork Real Estate Inc.  Kristen excels in assisting people discover their own starting place on the North Fork. She enjoys helping people overcome the fears inherent in both buying and selling a home. Seeing the strong connections people make with the land here on the North Fork has become Kristen’s passion.

Kristen Rishe knows that her deep reaching roots on the North Fork, whether you are looking to buy or sell, will help you.

“We began working with Diane Arpaia in late 2020 and recently closed on our house. Diane was a pleasure to work with throughout the search. She understood our preferences and budget. She is extremely knowledgeable of the area and vetted a very tight housing market. While the extended search and decl…

Nicole has all the qualities you would want in a real estate agent. She is friendly, accessible, honest, and knowledgeable. As first time buyers we never thought we were over our heads because Nicole was always willing to provide us with answers whether from her acquired knowledge or if she ha…

Sheila was the listing agent on the house we purchased. From our first meeting through the entire purchase process she was wonderful to work with. She was always quick to respond to any question or request we had, and always made herself available if we needed to view the house. Shelia also provides…

Sheila Izzo is a professional, reliable and honest realtor.  She was very up front with us, gave us the information that she had so we could make an informed decision concerning the sale of the house.

I would recommend Sheila to anybody buying or selling a house.  She is experienced and knows the ma…

It was very difficult to sell our family home.  Kristen Rishe from North Fork Real Estate was amazing throughout the entire process.  She gave me solid advice, was always available to answer any questions and communicated extremely well with me. Kristen was very sensitive to the fact that selling th…